A Tribute to Our Founder & Namesake Jim Roop Sadly, our founder and namesake Jim Roop passed away on Sunday, June 21. Knowing Jim, it was rather apropos that it happened to be Father’s Day because he was a father figure to many of those who worked for him over the years. Jim, affectionately known as “The Rooper,” had no children of his own and considered the team at Roop & Co. to be his family.

In fact, I thought of him as my “rich dad,” much like the character in the book Rich Dad, Poor Dad by Robert Kiyosaki. In the book, the rich dad was the father of a friend who teaches Kiyosaki about business and entrepreneurship. Jim did the same for me.

Early in my career, I rushed through a project and handed it over to him for review. It was average work, at best. Jim informed me that it wouldn’t do, explaining that everything we produce should be provided to our clients “wrapped with a bow”—which was his way of saying that we should always give our clients our best work. Jim’s best work is reflected in the nine Public Relations Society of America (PRSA) Silver Anvil Awards he earned for client campaigns under his direction. These awards are the public relations industry’s equivalent of the Oscars, and he was very proud of them. Jim always did whatever was required to get the job done for his clients. It was more than just working late or on weekends, which he did when necessary. It was about finding creative and effective solutions to their challenges. He told me how he once had a client CEO of diminutive stature. As he prepared for a news conference, he noticed that the hotel podium was going to be too tall. Moments before the conference began, he found a saw and cut off the bottom portion of the podium. This allowed the CEO to been seen from behind it and authoritatively deliver his important presentation to the press.

Jim also taught me the importance of supporting our profession. It was not enough to just be a member of PRSA or the National Investor Relations Institute. He held leadership roles at both organizations on a local and national level. He was actively involved and encouraged the same of his staff because it helped to advance the profession and the professional. It is a practice we continue to support at Roop & Co.

Jim also believed it was important to give back to the community by supporting non-profit entities. Over the years, he served on the boards of many charitable organizations and, through our firm, donated thousands of dollars and gratis services to help them carry out their missions. His longest board tenure was with Malachi House, a home for those with limited means who are in the last stages of their lives. One of Jim’s last requests was, in lieu of flowers, that donations be made to Malachi House on his behalf.

While we lost a mentor, father figure and friend, his legacy will live on through the firm he built and the lessons he taught us.

He always said that life was too short for cheap coffee and wine. Indeed it is, Jim, because we lost you too soon. Cheers to you, Rooper. 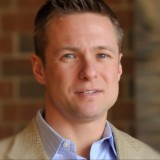